22 Automotive –  leave the details to us.

22 Automotive was established in Milverton in 2017. Owner Scott Steckly and Service Manager Steve Taylor both felt there was a need for a new automotive repair facility in this growing community. They can accommodate you with all your vehicle needs as well as commercial & industrial fleet companies with their vehicles and trailers and any annual inspection requirements.

This impressive automotive shop, resides next to 22 Racing, where Scott has built a strong reputation for driving and building fast stock cars that compete across Canada in the NASCAR Pinty’s Series. 22 Automotive was proud to open their doors for business on January 2, 2018, and is already gaining the trust and confidence of their customers.   22 Automotive is determined to provide great customer service and to live up to their Mission Statement;

TO REDUCE STRESS, COSTLY BREAKDOWNS & SAVE OUR CLIENT’S TIME & MONEY. 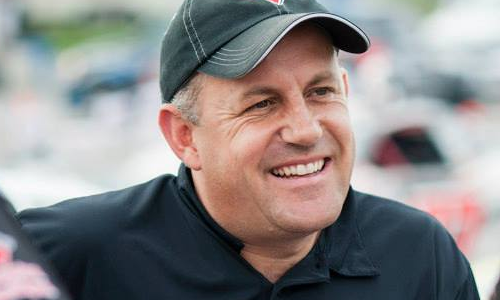 Prior to becoming the owner of 22 Automotive, Scott Steckly is also a successful NASCAR Pinty’s Series team owner and knows what it takes to succeed. Four NASCAR Pinty’s Series (formerly NASCAR Canadian Tire Series) championships (2008, 2011, 2013, 2015) bear witness to this. His 19 wins, 17 poles and his laps led at 4,829 – almost 2,000 more than any other driver active or not is a testament to his abilities. He is also one of only 34 drivers in NASCAR worldwide (all series including MENCS, Xfinity, CWTS etc.) to win 4 or more championships. Scott knows it’s not one person but the group who make a team successful. From the on-track performance, to preparation of the equipment and the team behind the scenes, it takes all of these components to come together to be victorious.

Steve lives in Milverton and has been licensed since 2010.  He’s also a former Ford Master Technician.

Adrian lives right in Milverton and has been a licensed technician since 2005.  He’s been part of our team since December of 2018.

Chad lives in Tavistock and has been a licensed technician since 2003.  He joined our team in November of 2019.

Matt lives in Moorefield and has been working with us since we first opened our doors in January of 2018.

Desiree lives in Milverton and has also been part of our team since January of 2018.
Share This